On Friday April 3rd, Snails performed his set at Beta Nightclub, with Vinnie Maniscalco and Coult-45 opening for him.

Snails has a large fan base here in Denver, as the show was officially sold out the day of. The venue was packed, with fans squeezing their way to get up front to see Snails himself. I couldn’t believe how crowded it was. 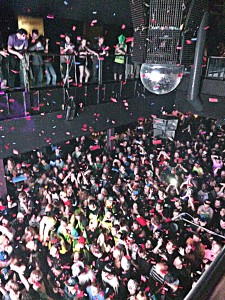 Everyone in attendance had great vibes and great energy. I find that in most shows I go to, the crowd is always great, but of course there’s that one guy who drank too much and is consequently being rude to the people around him. I didn’t find that here at the Snails show. Everyone was there for the music and good times that come from that.

The music he produced at Beta had a very unique and eccentric sound to it. Snails coined the term “vomitstep” to describe his music. The way he controlled and manipulated his sound was unlike anything I’ve heard before. It complemented his name well also. The music could be described as “slimey”, perfect for his DJ name. I also think it definitely differentiates him from other Dubstep artists. If you haven’t heard him before, you should check him out on SoundCloud.

Overall, the music was great, the people were awesome, the GoGo dancers were talented, and the venue was perfect. And Snails stagediving into the crowd at the end of his set was a great end to the night. I highly recommend checking out Snails as well as Beta Nightclub. 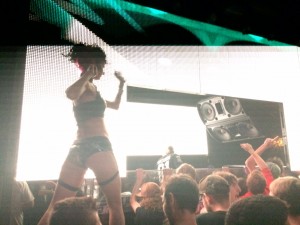 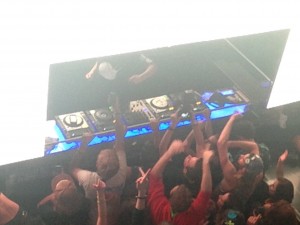 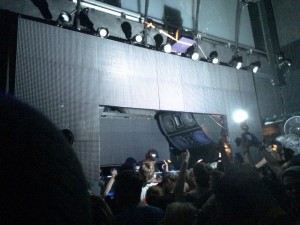